Dear brothers and sisters, may the Lord give you peace!

We want to thank you deep from our heart for your involvement and generous contribution to “Well4Africa” social initiative. This is a strong sign of Franciscan solidarity and true fulfillment of our Rule, which invites us to take care of the poor and to make efforts to create them “conditions of life worthy of people redeemed by Christ” (cf. Rule 13).

As many of you already know, “Well4Africa” was born as a particular fruit of the 3rd European OFS and YouFra Congress, which took place in Lithuania 20-26 August, 2018. The initial purpose of this social initiative was to ensure safe drinking water for three different communities in Uganda, Zimbabwe and Malawi. After the Congress, seeing the big support from other National fraternities, the CIOFS Presidency decided that “Well4Africa” became a permanent project for the entire Secular Franciscan Order entrusting its management to the National Council of Lithuania.

Thanks to the common efforts of European Franciscan Family and people of good will, current financial situation of “Well4Africa” is as follows:

You can follow updated numbers in well4africa.eu front page. There you can also find reports of implemented projects. Other confidential documents are kept in “Well4Africa” archive, handled by the National Council of the Secular Franciscan Order in Lithuania.

We have two fully implemented water projects and two ongoing projects up to now. First of all, we want to present you concluded projects and their results. 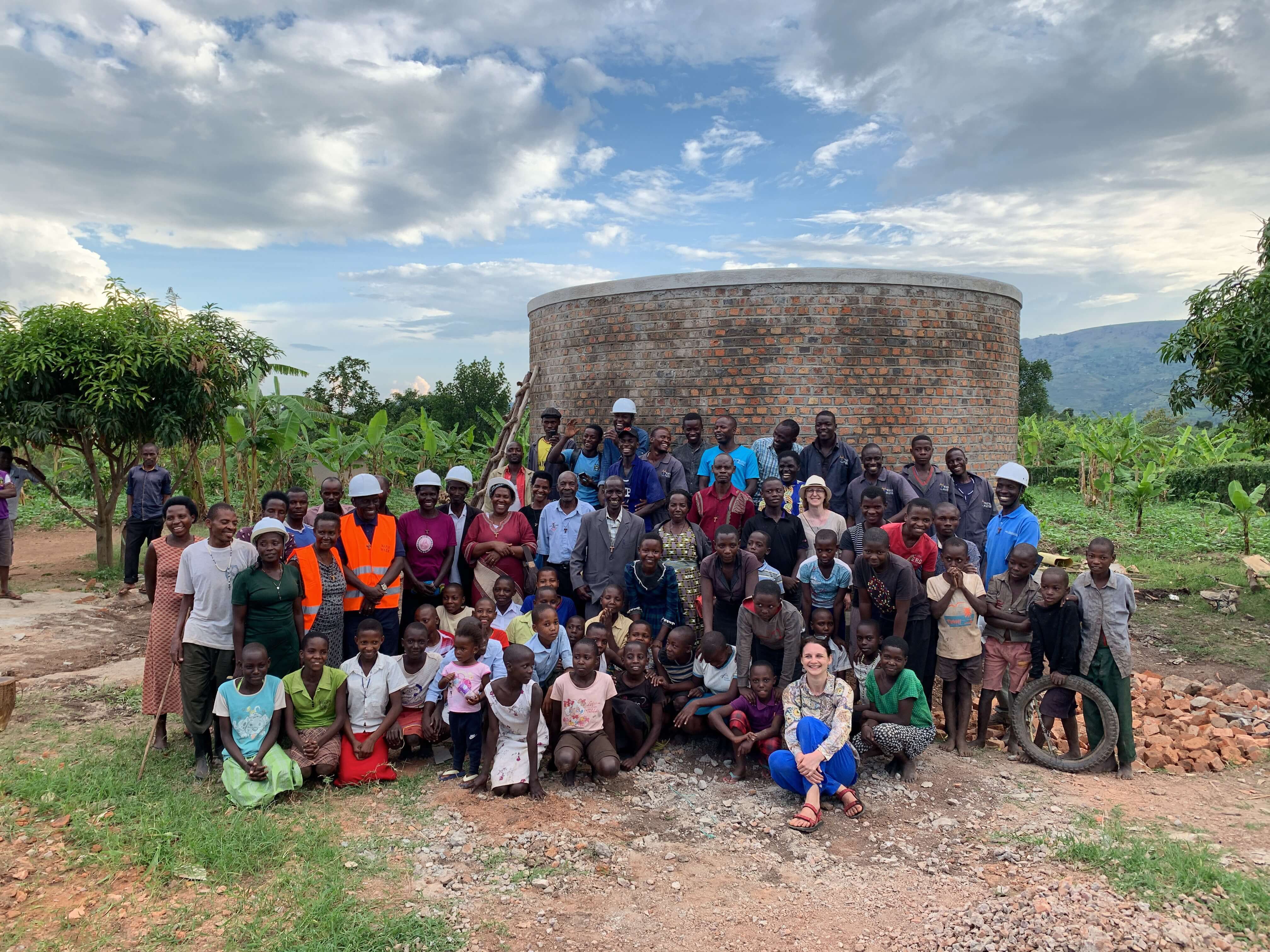 Kihani water project was implemented in three phases. First phase included excavation and construction of a shallow well, construction of a pump house, installation of a water pump, construction of 50.000 L capacity water tank at Kihani parish church, trenching and pipe laying from the well up to the church tank and further extended to St. Joseph’s primary school and St. Anne’s secondary school.

Second phase included construction of 50,000 L capacity water tank at St. Mary’s primary school, trenching and pipe laying from the well up to the primary tank and extension of water to two community villages of Irwaniro and Kitambeya, construction of tap stands and control chambers.

On 28 April, Sunday of Divine Mercy, a solemn Mass was celebrated in the parish, during which the water supply system was blessed. Secular Franciscans of all fraternity levels, project workers, engineers, students of the elementary and secondary schools and the entire village community attended the celebration. Kihani community wrote an open letter giving thanks for all benefactors of the social initiative “Well4Africa”. There is also video reportage about the project available in YouTube: Water project by "Well4Africa" in Kihani community, Uganda. 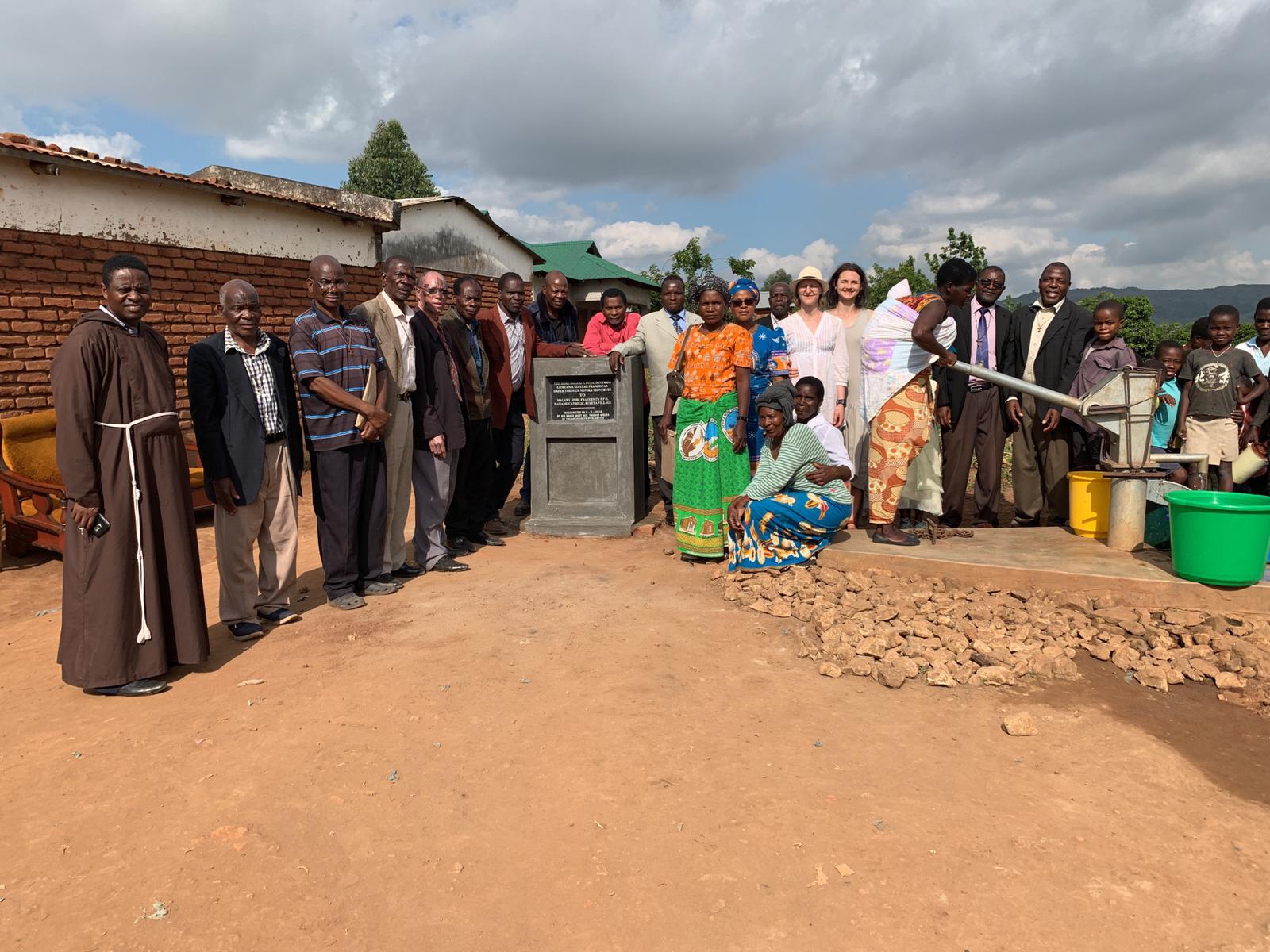 A water borehole was drilled at the locality of Namame Sub Church, Archdiocese of Blantyre, Malawi. The local climate has three seasons: rain season, cold season and dry season. This rural area is highly populated: there are about 250 000 poor people in dire need of clean drinking water. Sixty Secular Franciscans and ten Youfra members are among those people. They earn their living by doing small business such as growing cattle, selling vegetables, firewood and other food produce. Most of the people grow maize for main food supply, some grow millet, cassava and potatoes.

The borehole installed by “Well4Africa” initiative has made the access to safe drinking water a lot easier. Water is manually pumped and distributed free of charge. The committee of the local fraternity of the Secular Franciscan Order is responsible for maintaining the well. The borehole is sustained by the committee using special funds collected from selling vegetables, cattle, pigs, goats and chicken.

Note: The slight difference between total amount spent and the cost of both projects is due to bank fees and conversion of currency.

A second water project has already started to be implemented in Malawi, St. Lawrence Capuchin parish, Zomba diocese. It will contain solar energy system, water pump and a water tower and will ease the burden of women, who must bring water to their families. Total amount of the project is 12 839,44 Eur.

Manual water borehole is about to be built in Zimbabwe, at St. Michael’s Masenyane, an outstation of Fatima Mission in the diocese of Hwange. Almost all documents are prepared, we are waiting for the contract. Secular Franciscans included a garden – recreation zone for people around the well in their project.

We have also got request from Mozambique, Central African Republic and Ghana. Hopefully, there will be more projects implemented in the nearest future. National fraternities in Africa are welcome to apply for the support. Application criteria and guidelines can be found here.

Therefore, we kindly ask all National fraternities in Europe (and elsewhere) to prolong fundraising for “Well4Africa” in your countries. We also ask you to pray for this initiative, especially during the pilgrimage of the Icon Regina Familiae Franciscanae (Queen of the Franciscan Family) so that we would not be those builders who “toil in vain” (cf. Psalm 127). Blessed Virgin Mary, Queen of the Franciscan Family, pray for us!

We wish you all a peaceful and joyful Christmas celebration. Pax et bonum!